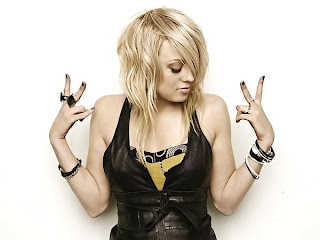 Introducing Cassie Davis – the latest signing for Sony Music Australia. With more than 17,000 friends and more than 400,000 page loads on her OFFICIAL MYSPACE, the future is looking decidedly bright for the young blonde songstress. We’ve been privy to some of the buzz surrounding her forthcoming debut album, including her debut single ‘Like It Loud’. And loud it is – bright, bold and brash, with a touch of ‘Pink’ about the angsty, guitar-fuelled pOp/rock, all belted out by a young woman with sass, style and spunk in spades. Check out her cover version of The Cure’s ‘Boys Don’t Cry’ to see what all the fuss is about. Cassie’s debut single is released on January 17.