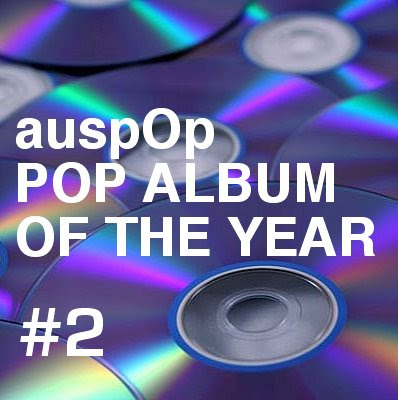 Every now and again, an artist comes along that is so ripe and ready for global super stardom, they completely slap you across the face with their powerful production, soulful voice and clever lyrics – and our No.2 album of the year had it all – awesome vocals, a myriad of sexy pOp anthems and a shiny pOp singer who’s virtually guaranteed of longevity on this amazing planet pOp of ours.

Without a shadow of a doubt, Sam Sparro was the hottest new male performer on the planet in 2008. With his amazing songwriting skills, pOp star attitude and deep, soulful vocals, we believe Sam was completely and utterly robbed at this year’s ARIA Awards. He deserved at least one or two gongs for his extraordinary work. His self-titled debut was brimming with pOp gems, from the genius ‘Black And Gold’ to the pOptastic ’21st Century Life’ and the Prince-esque ’80s influenced ‘Clingwrap’, all with his sweet-as-honey voice that has the ability to soar from the deepest depths to falsetto highs with ease. 2008 even saw him cleverly covering Estelle’s ‘American Boy’, twisting it with such gender-bending brilliance, not even seasoned gays like Mister Michael or Mister John would dare attempt same. With Sam Sparro, we know we’ve witnessed the career birth of one of the most exciting pOp stars in years and we’ll be watching his every move in ’09 with great interest!