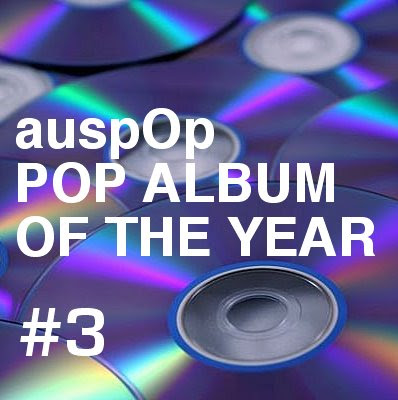 Sometimes (and rather rarely), something unexpected comes along in your world that simply takes your breath away – and that’s precisely what happened for us in 2008. Made up of two gentlemen from two different Aussie music groups, the buzz surrounding this band throughout the world is deafening – and we reckon it’s only going to be a matter of time before they’re in the upper echelons of charts the world over.

Who would’ve thought it – take Luke Steele from The Sleepy Jackson and Nick Littlemore from Pnau, put them together in a room and something as glorious and unexpectedly brilliant as ‘Empire Of The Sun’ would result. The first single (and title track) from the album was a moderate chart hit, though it’s still hovering in the 20s after 17 weeks, and was accompanied by one of the most spectacular Australian video clips you’re ever likely to see. The whole album was quite the revelation from possibly one of the most unlikely collaborations in Aussie pOp music, with it’s sweet electro leanings, superb art direction and oh-so-tomorrow sound. It’s no wonder then that the buzz for this ‘it’ band has forced EMI’s UK arm to push forward it’s British release to February. ‘Walking On A Dream’ is quite possibly the cleverest piece of Australian pOp we heard all year and you’re practically guaranteed to be hearing more from these boys in 2009.