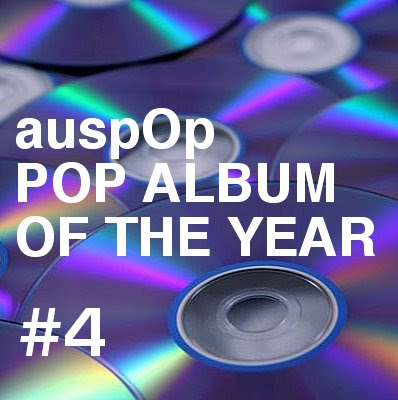 We thought Madonna was pushing things a little as a 47 year old when she released ‘Confessions On A Dancefloor’ in late 2005. But she did so with the help of producer Stuart Price and produced a pOp gem that sampled Abba and topped club charts the world over. It did, however, contain it’s fair share of dodgy lyrics. Our number four album also contains a couple of lyrical mis-steps, but all in all shines purely because of the woman behind it’s creative genius.

She’s so unusual – there ain’t many artists in the world that at age 54 would dare to release a dance album, but heck, that’s what US singer Cyndi Lauper did in May this year and she did so with some of the biggest names in dance/pOp backing her every step of the way. With a who’s who of producers on board for the project, including Dragonette, Scumfrog, Axwell, Richard Morel and Basement Jaxx, ‘Bring Ya To The Brink’ was always going to be something special – and it delivered. It bustled from start to finish with the latest sounds, beats and savvy club vocals. It was the kind of album Robyn should be hard at work making, the kind of club record that many young pretenders would kill to have created and a disc that garnered a Grammy Nomination for the Best Electronic/Dance Album.
And while some find Cyndi’s vocals polarising, on this album, they never grate and don’t take away from the extraordinary production values. ‘Into The Nightlife’ was so ‘now’ in it’s sound, radio programmers didn’t know what to do with it, ‘Same Ol’ Story’ was sent to radio in six minute version, hence it was never played and the Kleerup-produced ‘Lay Me Down’ was ‘With Every Heartbeat’ part two.
‘Bring Ya To The Brink’ deserves the Grammy – for it just goes to show that someone who many believe to be a ‘has been’ really ought to be classed as a ‘could be again’. She may be unusual, but Cyndi Lauper is not afraid to experiment with her sound and on ‘Bring Ya To The Brink’, she triumphs wonderfully.