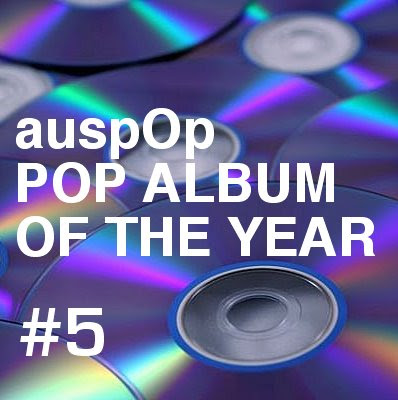 Well the Mariah Carey fans have had their say… Now it’s time to have ours with our inaugural auspOp top five albums (and singles) for 2008. This year has been pretty spectacular for fans of pOp music, with a plethora of big pOp names releasing some highly anticipated pOp albums. Some have been rather good. Some have failed to live up to expectations, and some have taken us completely by surprise. So from now ’til December 31, we present out top five pOp album and pOp single countdowns for 2008.

The follow up to 2006’s ‘Beautiful World’, ‘The Circus’ cements the UK four piece’s position in the hearts of a nation, officially becoming Britain’s fastest selling album of the 21st century. And it continues to disappoint us that radio in Australia criminally overlooks their music, despite their massive newfound success in their homeland.
‘Greatest Day’ provided us into a glimpse of what to expect from the band’s fifth studio album when it was released to radio in October – soaring strings, million-dollar John Shanks production and more sharing of vocal duties.
‘The Circus’ truly is a great Take That album – not just a Gary Barlow album with Mark, Howard, Jason backing vocals. Jason gets his second lead, Mark takes over a little more of the vocal duties and Howard is also in the mix, as the album moves through different styles of classic sounds.
‘The Garden’ is an epic, ‘Greatest Day’ one of this year’s best singles, ‘Hello’ is Beatles-esque feel-good pOp and the title track is truly divine balladry.
With it’s delicious harmonies, clever lyrics and spectacular soundtrack, ‘The Circus’ will go down as a modern-day classic – and it comes in on OUR list of the best albums of 2008 at No.5.