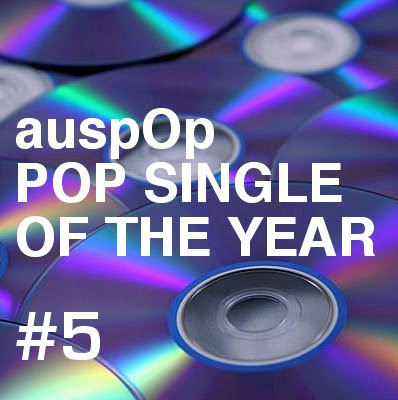 Along with some brilliant albums in 2008, there have also been a number of spectacular pOp singles. Some of them weren’t even given a release in Australia, some of them were, but because of a lack of radio play, they failed to get the chart success they deserved. It was the year in which Katy Perry kissed a girl, Pink broke up with her man and declared, ‘SO WHAT!?’, Britney came back as a womanizer, Jessica Mauboy tore up the charts, Wes Carr got a No.1 on the back of his Australian Idol win, Sneaky Sound System pOpped out a No.2 and Aussie dance/pOp music started to get the credit (and airplay) it deserved. And that’s precisely where we begin our top five singles for 2008;

Julian and Kim rightly scooped a couple of the big awards at this year’s ARIA Awards and rightly so with a sensational new album in ‘Apocalypso’ and this piece of electro-pop/dance brilliance. Sounding like a piece produced by Europe’s ‘Above And Beyond’, ‘This Boy’s In Love’ left us breathless when it appeared on our radar midway through the year, with clever lyrics and soaring chorus. And to really tip things over the edge, it was accompanied by a simple, classy video featuring the boys getting dusty and two other guys getting milky. Let the Presets forever shine as an example of all that is right in the world of Australian pOp/dance.