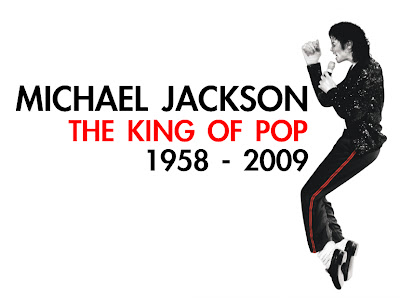 The world is in mourning today following the sudden death of pOp superstar Michael Jackson this morning. He was just 50 years old. The King Of Pop collapsed and died at his home just after 6am local time from apparent heart failure and was unable to be revived. According to official reports, emergency workers at Ronald Regan UCLA Medical Centre tried in vain for an hour to resuscitate the singer.
His death comes just two weeks before he was due to take to the stage at London’s O2 Arena in the first of 50 comeback concert dates at the iconic venue, and just two months out from his 51st birthday.
Michael Jackson’s life was blessed with glittering highs and devastating lows. But amidst the controversies and his ever-changing appearance, there was no doubting the man’s star power.
From humble beginnings, initial success came alongside his siblings as part of the Jackson 5 before, in 1972, he released his debut solo offering ‘Got To Be There’. And while not as commercially successful as his later albums were to become, it pointed to an incredibly bright future in the music industry.
It was in 1979 when his Quincy Jones produced album ‘Off The Wall’ was released, that the world began to really sit up and take note of Michael as an artist in his own right. The album went on to sell more than 20 million copies throughout the world and spawned the mammoth hits ‘Don’t Stop ‘Til You Get Enough’ and ‘Rock With You’.
Three years later, he released ‘Thriller’. The 1982 chart-topper remains the highest selling album of all time, with almost 110 million copies sold in the 27 years since it’s release. It’s difficult to imagine the tally being bettered. It brought us the incredible iconic video for the title track, ‘Billie Jean’, ‘Beat It’, ‘Wanna Be Startin’ Something’, ‘The Girl Is Mine’ and ‘PYT’.
Sales success continued, though not to the same extent, with his 1987 album ‘Bad’ – it went on to sell more than 30 million copies throughout the world and brought us the singles ‘The Way You Make Me Feel’, ‘Man In The Mirror’ and ‘Smooth Criminal’ to name just three.
A seemingly new-look Michael Jackson took to our screens in the video for 1991’s ‘Black And White’ – the first single from his eighth studio album ‘Dangerous’. It’s other singles, including ‘Remember The Time’ and ‘Heal The World’, adding to the number of classic songs in the singer’s repertoire.
But by midway through the 1990s, dogged by child molestation claims, the shine was taken off the glimmering, well-oiled Michael Jackson machine. What followed in his personal life (two failed marriages, surrogate children and a constantly changing appearance) forever altered people’s perceptions of the once mighty performer.
But with more than 1,000,000 tickets sold to his upcoming sell-out residency in London, there was no doubting that even until today, Michael Jackson fever was still well and truly alive. He was in the middle of a gruelling rehearsal regime when he passed away.
Ten studio albums, hundreds of millions of sales, countless sell-out concerts, inimitable dance routines, epic music videos and some of the most loved and recognisable songs in the world will all forever be part of Michael Jackson’s incredible legacy.
He has left an indelible and unforgettable mark on popular music and his memory will live on for always in the hearts of those who knew his worth.
We bid a fond farewell to the King of Pop.